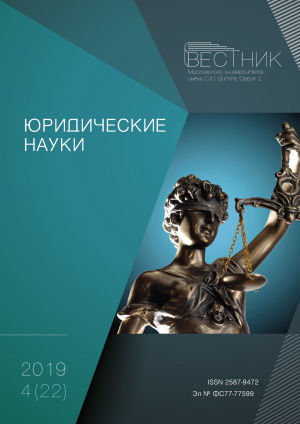 Keywords: The article examines the legal and spiritual and moral foundations of the digitalization of society in the transition to sustainable development of mankind. It is substantiated that legal information brought to people through Internet technologies can never replace the legal culture, which is formed only within human society. The society of knowledge is determined not by the digitalization of society, but by the construction of the technosphere on legal and spiritual and moral foundations. Particular attention is paid to the place of the state in modern social development, the role of spiritual and moral values of each nation in the formation of the right of sustainable development. It is noted that the digitalization and the transition to sustainable development are taking place against the background of the growing environmental crisis, which is already developing into a catastrophe.

Annotation: Digitalization has become one of the global problems of our time, requiring scientific understanding and legal regulation. The article is devoted to understanding the problems associated with the construction of a digital state in the Russian Federation. It develops the theoretical foundations of building a digital state, digital governance and a digital society, taking into account international experience.

Annotation: The active development of digital technologies has an impact on the management processes and decision making processes in the Russian state. The article considers the possibilities of using digital and information technologies in the law-making process. The author notes the possibilities of using these technologies at the stage of law-making initiatives, emphasizing the importance of public law-making initiatives at the regional and municipal levels. Digital technologies create opportunities for civil dialogue between the government and society. The role of the Parliament in shaping and identifying the will of the people is also analyzed. The author gives suggestions of scientists and practical experience of Belarusian legislators on the use of digital technologies in the preparation of a draft regulatory legal act. In conclusion, the paper concludes that it is necessary to legislate the law-making process in the Russian Federation in the conditions of digitalization of society and the state.

The digital future of law: hopes and threats

Problems of training law-students the technique of regulations analysis

Annotation: Understanding the meaning of a particular legal norm, and even more so, the normative act as a whole, it can be a serious problem for students and practicing lawyers. How to correctly use philological, teleological, historical and political interpretation when understanding a particular legal prescription is illustrated by an example articles of the Code of administrative offences of the Russian Federation. It is much more difficult to comprehend the whole normative act, especially if the task is not just to remember it, but to understand what goals the legislator set for himself (I mean the mission of the act). It is necessary to understand whether there are hidden defects in the relations of this act with previously adopted ones, whether there are gaps in the procedure for implementing the act, whether there are incentives for law enforcement. This article describes ways to overcome typical problems on the example of a number of Russian laws.

Annotation: The relevance of considering the legal regime of cable power lines is due to the lack of a uniform law enforcement approach in judicial and supervisory activities, due to the lack of a single regulatory regulation and theoretical justification. Cable lines are an important part of production processes, but are deprived of due legal regulation at present. The purpose of this article is to identify the legal nature of cable power lines in the context of modern legislative regulation and enforcement aspects. The analysis of individual regulatory acts and enforcement positions allows us to identify the existing contradictions and conflicts. The methodological basis of the study was the analysis of individual regulatory acts in the field under consideration, as well as decisions on specific issues directly or indirectly associated with the identification of the specifics of the steam regime of the analyzed object. The result of the study was the author’s conclusions about the specific legal nature of the investigated object, put in context dependence.

Annotation: Termination of the contract is a problematic aspect in the contractual dynamics, as it acts as a negative form of their termination. The regulation of this process requires exceptional accuracy and unification. However, in the legislation there is a philological imbalance of the apparatus used. In this regard, the article is devoted to the analysis of the validity of using different terminology in determining cases of termination of contractual obligations by agreement of its parties, at the request of one of the parties in a judicial proceeding and by unilateral refusal to execute a contract without a trial. The methodological basis of the study was the analysis and systematization of available data in the regulatory and enforcement components. The result of the study was the author’s suggestions on certain issues of improving the current legislation aimed at stabilizing law enforcement.

Annotation: The relevance of this problem is quite high, because in our modern world, where technologies have taken an advanced position in human life, including the computer, replacing it not only with communication with people, but also transferring the entire human life to another space, the space of the Internet. So children begin to be brought up in this space of the Internet, viewing various cartoons, pictures and playing computer games.

Annotation: The modern period of development of society is characterized by constant rapid improvement of information technology and the formation of a new digital space. The real paradigms of information relations give rise to completely new, previously unknown to legal science, risks to the information security of minors. The article analyzes the possibility of creating a safe information environment for positive socialization and individualization, optimal social, personal, cognitive and physical development, preserving mental and psychological health and well-being, as well as creating a positive worldview of the child. It also offers actions aimed at preventing risks and threats to children associated with the use of modern information technologies. The study revealed the main directions of improving state information in the field of ensuring the information security of minors, as well as organizing compulsory work with parents (legal representatives) of children and pedagogical workers in order to counter dangerous encroachments on the rights and interests of children on the Internet.

Annotation: In this article, the author wanted to reflect the legal reality that was formed in the information and telecommunication network “Internet” (hereinafter referred to as the Internet). The main goals of writing this article are to reflect legal support within the framework of the current legislation in the Russian Federation, as well as scientific analysis on the example of legal interaction between legal entities and copyright objects on the Internet. The relevance of this article is expressed in defining the legal principles of copyright protection, defining methods for protecting copyright in the modern global information space. The method of research when writing the article was law enforcement and a general analysis of the legal relevance of the interaction of legal entities when using information content posted for public access on the Internet. The result of a study using a specific example in the main part of the text of this article will be the exact application of the existing laws and regulations of the Russian Federation in the formation of algorithms and practical actions for the implementation of copyright in the Internet.

Annotation: This article discusses the application of new information technologies in order to achieve transparency, access to justice related to the digitalization of judicial activity. The possibility of introducing artificial intelligence into the judicial system of the Russian Federation. Problems and tasks of the Internet distribution in each subject of the Russian Federation. The issue of the complete replacement of lawyers with pre-programmed machines is also being considered. Sentencing based solely on statistics without regard to moral standards. The relevance of the article cannot be overestimated due to the fact that the speed of introducing artificial intelligence is significantly higher than the speed of development of the legal field. All the stated conclusions in the article are based on the international experience of other countries whose success in the development and implementation of digital technologies is obvious. The main problem that is considered in the framework of this article is the large scale and territory, as well as insufficient computer literacy of citizens. From the point of view of law, the main issue is the lack of a law that should regulate legal relations within the Internet.

Annotation: The article discusses the features of the qualification of crimes on the example of the qualification of crimes related to narcotic drugs and psychotropic substances. It is reflected that the correct legal assessment of the committed act presupposes that the law enforcer has deep knowledge in the field of the theory of qualification of crimes, its place and role in criminal law, as well as general, private and individual rules for qualifying a crime. The relevant rules are determined in accordance with the Criminal Code of the Russian Federation, explanations on the application of legislation formulated by the Plenum of the Supreme Court of the Russian Federation in relevant decisions, as well as the doctrine of criminal law and judicial practice. The problems of qualification of crimes in the context of the dynamic development of public relations protected by criminal law are analyzed. The conclusion is made that it is necessary to take into account all objective and subjective signs when qualifying crimes provided for in Article 228 of the Criminal Code of the Russian Federation, and to introduce the corresponding amendments to the criminal law, which acquire both theoretical and practical significance.