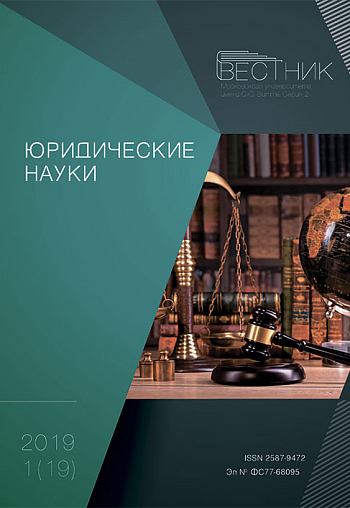 Annotation: This article analyzes the experience of several attempts to consolidate the Russian society in the twentieth century, which, according to the author, there is a mechanism to achieve civil unity and civic awareness in society. The author singles out seven stages of development of the Russian constitutionalism, each of which was inherent in the type of consolidation: stages of bourgeois-democratic and proletarian (index.php) consolidation period worker-peasant consolidation Soviet society, the circumstances of time almost turned out nationwide consolidation of society, stage of the crisis of the Soviet model of organization of the State and find new ways to consolidate the society, and, finally, beginning with the 1993 year stage of neo-liberal consolidating Russian society. If the bourgeois-democratic consolidation of society simply did not have time to take root, the revolutionary Russian society consolidation elements stand out: the privatization of the company; replacing the right revolutionary legal consciousness and morality-class sense; secularization; the Elimination of private property; the class dictatorship of the proletariat. The main ideological error of the Bolsheviks, they began to build a new world, ending with the traditional Orthodox basis for Russian lifestyle. The author concludes that consolidation of the neo-liberal in a number of its essential traits reminiscent of the revolutionary: privatization of society through total privatization and abandonment of social functions of the State, replacing the State guarantees pay-per-view services, law-corruption and discretion, morals-some European standards; loss of respect for private property, except property the “right” people; the class dictatorship of the bourgeoisie. Assessed spiritually-moral and political and legal characteristics of each historical period. It concludes that all took place in the history of models of consolidation have not had the ultimate success, because could not join socio-economic achievements with spiritual and moral values of the Russian nation.

25 years of the constitution of the russian federation: social and legal realities

Annotation: A quarter of a century is a considerable time for any state, especially for a state whose name is Russian Federation. The 90s of the last century walked through the fate of millions of people in the hardest way. The society has gone through a most serious transformation of the country: from state regulation to a market economy, from a one-party system to a multi-party one. It was a time when the country’s leadership did not have a clear plan for change, society turned out to be at a historic crossroads. These processes were accompanied by unbelief, depression, the economy was falling apart, people’s well-being fell below a critical level. In such a difficult time, 1993 became a turning point, the referendum on the Constitution became an act of social consent. Article 7 of the Constitution of the Russian Federation states: “The Russian Federation is a social state whose policy is aimed at creating conditions ensuring a decent life and the free development of a person.” The article is devoted to the study of the implementation of the principle of social justice. Based on actual sources, the article concludes that one of the most important demands of society is the restoration of social justice. The unresolved nature of many problems affecting, above all, the material interests of the overwhelming majority of citizens in various spheres of life, is extremely painful for people. The author sees a way out of this situation in establishing the main reasons that give rise to social tensions at this stage of development of Russian society, and on the other, to find approaches to relieve or smooth out these tensions through further economic reforms that would meet the interests of the overwhelming majority of the Russian population.

International law and the constitution of the russian federation: interaction problems

Annotation: In article problematic issues of implementation of rules of international law in the national legal system of the Russian Federation and their influence on formation of law and order in our country are considered.

Russian democracy at the crossroads. Flaws and shortcomings of democracy

Keywords: democracy, power, society, the State, the people, the crowd

Annotation: The article is carried out wide-ranging analysis of the strengths and weaknesses of democracy in its application to the modern Russian reality.

Democracy as a foundation of social unity of russian state

Annotation: In the article, the problems of implementation of constutionally declared principle of democracy are actualized conceptually. The established in Russia political and law regime of free political representation is analyzed. The wording of national idea providing the unity of multi-national Russian people and state integrity is proposed. On the side, there are specified the reasons which obstruct the establishment of the regime of democracy in state and the shift of scientific and social paradigm of rule of the people as a collective subject of law.

Historical varieties and characteristic features of the republican form of government

Annotation: The article deals with the features of interaction between banks and credit bureaus. The existing legal framework in this sphere of activity is analyzed, the activity of banks to assess the creditworthiness of a potential borrower is considered.

Keywords: legal personality of a minor, legal status of a minor, juvenile law, rights of a child

Annotation: The article discusses the legal status of a minor child, which is enshrined in the Constitution of the Russian Federation. The role of the Constitution of the Russian Federation as the most important component in the legal system of Russia is shown. The positive approaches that have developed in our country in the protection and realization of the rights and interests of the child are noted. The characteristic of the concept of “juvenile legal personality” is given. The structural elements of the juridical personality of a minor – legal capacity and capacity are considered. The various points of view existing in Russian legal science on the concepts of “legal subject”, “subject of law” are noted. The position of a number of Russian jurists on the relationship between the concepts of “legal status” and “subject of law” is presented. An attempt was made to analyze these categories; the specificity of their implementation in the legislation of Russia is shown.

Annotation: The article discusses the main points of view on the nature and essence of corporate legal relations, reveals their place in the system of civil law regulation of public relations, identifies features and specifics of corporate legal relations, gives examples of various groups of corporate relations arising in the process of creation, activity and termination of commercial and non-commercial corporate organizations. Attention is drawn to the fact that the norm of Article 65.2. The Civil Code of the Russian Federation, which enshrines the rights and obligations of the participants of the corporation, does not distinguish between commercial and non-profit corporate organizations. Accordingly, the unified approaches proposed by the legislator to regulate relations that take shape within corporations do not take into account the differences in their creation and the legal status of their participants, which inevitably leads to contradictions in the legal regulation of this sphere of relations. At the same time, it is concluded that changes and additions to civil legislation on legal entities that gave participants of corporate organizations the rights and obligations towards the corporation itself (Chapter 9.1 “Decisions of meetings” of the Civil Code of the Russian Federation) significantly enriched the internal legal regulation of corporate entities.

The principle of the inviolability of the home in criminal proceedings: the legal framework, content, guarantees

Keywords: dwelling, inviolability of dwelling, principle of criminal proceedings, restriction of rights of citizens, investigative actions carried out in dwelling

Annotation: The article analyzes the norms of the Constitution of the Russian Federation and the Criminal procedure code of the Russian Federation, regulating the right of citizens to inviolability of the home. The author reveals the basic guarantees that ensure the protection of the home from illegal penetration into it by law enforcement officers.

Annotation: The article deals with the issues of non-compliance of criminal law on liability for fraud with the constitutional Declaration of equality of protection of all forms of property and the principle of equality of citizens before the law. The author examines the sanctions of criminal law norms providing for responsibility for various types of fraud, and points to the lack of their adequacy to the public danger of crimes of this type. The question is raised as to the fairness of establishing different levels of significant, large and particularly large damage to “ordinary” fraud and fraud involving deliberate non-performance of contractual obligations in the field of business. Using a systematic method of research, using the etymology of some concepts, the author draws attention to the inequality of protection of property of legal entities – banks and legal entities – credit institutions with state protection of property of other victims. Violation of the principle of equality of citizens before the law and equality of protection of all forms of property in fraud against the insured citizen by the representative of the organization-the insured is stated. It is concluded that it is necessary to further improve the criminal law and law enforcement practice in cases of fraud.