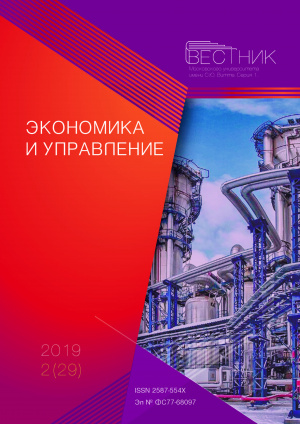 Modern trends of development of agricultural organizations and evaluating their effectiveness

Improving the recruitment and selection of staff

Automation of accounting in companies salon business on the platform «1с: enterprise»

Annotation: The article defined the value of automation for company’s salon business. By analytical agencies market analysis company’s salon business shows an upward trend in the market more and more leading companies with years of experience and more than successful practices. Modern business requires constant development. Reality suggests that within the next 5 years, it would be difficult to imagine any sphere of activity without embedded in her online writing. Future beauty salons also linked to programs with online record. By automating the recording process to the wizard and administrator offload not only reduced labor costs but also increases conversion, from a visit to the resource associated with the salon, directly to make an appointment. Automation of beauty salon allows you to organize a large part of the important information to facilitate analysis of the results of the work of employees, increase the competitiveness and profitability of the company. Automation of beauty salon just allows you to get information on the queries in just a few minutes. All necessary statistics would be in a special computer program, and only time will be required to put the task and output the data to the screen. In addition, automation of beauty salon greatly simplifies the process of customer records and the accounting treatment used in the course of their care cosmetic means. Automation of beauty salon also helps streamline the process of use of inventories. Configuring the system in a certain manner enables you to exercise control over the use of cosmetic products and consumables.

Annotation: Background. Today copper industry occupies one of the key positions in the world industry. Meanwhile, in recent years, the world market has problems of price instability and lower demand for copper, which led to the formation of its surplus. Now foreign companies are trying to neutralize the negative situation, reduce production volumes, but the Russian largest representatives of the copper industry, are planning to increase it in anticipation of a gradual increase in prices. The article provides an overview of current trends in the copper industry, show the keys companies-representatives in Russia and in worldwide. The purpose of this study is to assess the elasticity of demand for the products of the copper industry in Russia in the international market, determine whether there is a potential for sales growth in Russian companies overseas. Materials and methods. The realization of the objectives achieved by comparing the data of official state statistics and calculations of the expert community. The study used the methods of retrospective analysis, graphics, and induction. Results. The authors assessed the elasticity of demand for the products of the copper industry in Russia at the international level. In 2014-2016, the demand for the price is elastic, but in the context of consumer countriesfar abroad and the CIS in 2016, this condition is’ not met. According to the authors, it is advisable for Russian exporters of copper products to strengthen their positions in the world market to focus on foreign countries and above all, in China.

Reorganization of enterprises in the digital age

Annotation: The digital era is not just a great opportunity for companies, but also its implementation. One of the biggest problems of digital transformation of enterprises is the internal transformation of the company. The problems that enterprises usually face when switching to digitalization are outdated technological processes, the lack of managerial competencies of the new format and the management of human resources by the old methods. Digitalization, using new concepts, models and technologies, provides faster and more efficient work, and on the other hand, helps managers manage better and smarter. The main goal of this article is to present a model of the process of digitization of an enterprise/company that can be used to transform it, with the aim of increasing productivity and increasing economic attractiveness. The model is mainly based on process optimization and consists of competent personnel management, as well as the introduction of new, more flexible organizational forms. The authors of the article attempted to update the process of transformation of enterprises, taking into account the requirements of «Industry 4.0».

Evaluation of crisis management methods based on quality indicators of enterprises

Annotation: Competitive advantage is a system that has an exclusive value, giving it superiority over competitors in the economic, technical and organizational fields, and an opportunity to manage available resources more effectively. The formation and achievement of a sustainable competitive advantage of the product is a priority for any company from any industry and any field of activity. It provides stability, growth opportunities, creates barriers to entry of new players and, as a result, allows the company to receive higher profits from the sale of its products. And its use in advertising and marketing communications contributes to a longer-term positioning of the product in its market segment and in a clear consolidation of the image of the product in the minds of the target audience. In the framework of tough market competition, demonstration of the company and product advantages to the target consumers, as well as the benefits they will receive, becomes one of the essential means to promote business and work for the future. This is a fairly simple version of brand name positioning, that does not require large financial investments, but it is an effective tool for competing in a market. This article reveals product levels (i.e. functional purpose, properties and additional advantages, brand image) as well as the corresponding types of competition (types and subject of competition, the degree of brand awareness and reputation of the product) and competitive advantages (specific, rational, emotional). The article presents an algorithm for developing a rational competitive advantage, and provides recommendations and examples of its use in the process of making an advertising appeal.

Annotation: The purpose of the article is to study and analyze the main problems of youth employment in the Russian Federation. The main categories of young professionals and their characteristics that are important when entering the labor market are defined. The causes of youth unemployment, which are due not only to the socio-economic situation of the country, but also the deformation in the value orientations of young people, in its psychological unpreparedness and improper motivation for work. The authors substantiate the conclusion that the solution of numerous problems of adaptation of modern youth in the labor market is possible with the use of an integrated approach, when this process will include all stakeholders: employers, the state, educational institutions, youth. It is determined that educational initiatives and programs are of great importance in the professional development of this category. The state remaining the main subject of the implementation of policies for the promotion of youth employment, focused in the future on the creation of an integrated economic-legal mechanism to facilitate leveling of negative trends in the youth labor market.